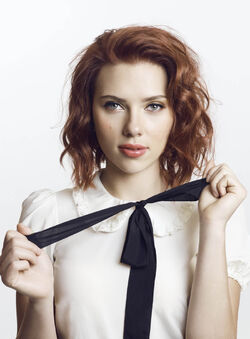 Scarlett Ingrid Johansson (born November 22, 1984) is an American actress, singer, comedian, voice actress and musician. She is best known for her role as Natasha Romanoff / Black Widow in the Marvel Cinematic Universe.