watch 01:12
The Loop (Movies)
Do you like this video?
Scott Caan 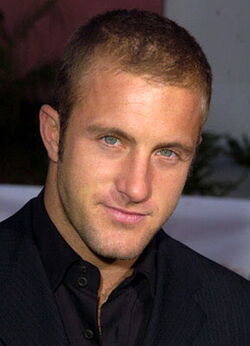 Scott Andrew Caan (born August 23, 1976) is an American actor who appeared in films such as Varsity Blues, Ready to Rumble, Into the Blue and the Ocean's Trilogy.

Caan was born in Los Angeles, California, the son of actor James Caan and Sheila Marie Ryan, an actress and former model.

Retrieved from "https://movies.fandom.com/wiki/Scott_Caan?oldid=106180"
Community content is available under CC-BY-SA unless otherwise noted.