Start a Wiki
watch 01:27
The Loop (Movies)
Do you like this video?
Shia LaBeouf 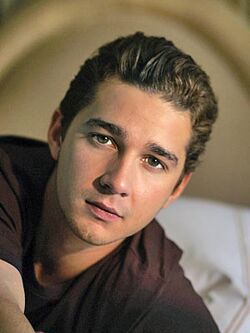 Shia LaBeouf ("shy-yuh leh-buff", lit, "Thank God for beef") is an American actor. He has appeared in several motion pictures including Holes, I, Robot, Constantine as well as the lead role in Disturbia, Indiana Jones and the Kingdom of the Crystal Skull by Steven Spielberg, Transformers by Michael Bay and Eagle Eye. He starred as bootlegger Jack Bondurant in the 2012 crime drama Lawless.

Retrieved from "https://movies.fandom.com/wiki/Shia_LaBeouf?oldid=110344"
Community content is available under CC-BY-SA unless otherwise noted.