watch 03:27
Wiki Targeted (Entertainment)
Do you like this video?
Play Sound
Sigourney Weaver 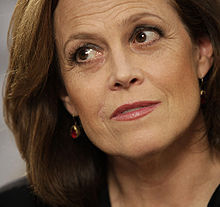 Sigourney Weaver (born October 8, 1949) is an American actress. She is best known for her work in the Alien films. Recently she gained critical acclaim for her work in the film, Avatar, in which she had a lead role. She also had parts in WALL-E, Baby Mama,You Again and Chappie. She is known as the "sci fi queen".

Retrieved from "https://movies.fandom.com/wiki/Sigourney_Weaver?oldid=108061"
Community content is available under CC-BY-SA unless otherwise noted.