Moviepedia
Register
Don't have an account?
Sign In
Advertisement
in: Film articles without a specified rating, James Bond, 2015 films,
and 30 more

Following the events of Skyfall in 2012, a cryptic message from the past sends James Bond on a rogue mission to Mexico City and eventually Rome, where he meets Lucia Sciarra, the beautiful and forbidden widow of an infamous criminal. Bond infiltrates a secret meeting and uncovers the existence of the sinister criminal organisation known as SPECTRE. Meanwhile back in London, Max Denbigh, the new head of the Centre for National Security, questions Bond's actions and challenges the relevance of MI6, led by M. Bond covertly enlists Moneypenny and Q to help him seek out Madeleine Swann, the daughter of his old nemesis Mr. White, who may hold the clue to untangling the web of SPECTRE. As the daughter of an assassin, she understands Bond in a way most others cannot.

As Bond ventures towards the heart of SPECTRE, he learns of a chilling connection between himself and the enemy he seeks.

On a mission in Mexico City, unofficially ordered by the previous M, James Bond tracks down Marco Sciarra, kills him and steals his ring, which is emblazoned with a stylized octopus. Upon returning to London, Bond is indefinitely suspended from field duty by the current M. M is in the midst of a power struggle with C, the head of the privately-backed Joint Intelligence Service, consisting of the recently merged MI5 and MI6. C also campaigns for Britain to join "Nine Eyes", a global surveillance and intelligence co-operation initiative between nine member states. C uses his influence to close down the '00' program, believing it to be outdated.

Bond travels to Rome to attend Sciarra's funeral. That evening he visits Sciarra's widow Lucia, who tells him about  a criminal organisation to which her husband belonged. Bond infiltrates a Spectre meeting, where he identifies SPECTRE's leader, Franz Oberhauser. When Oberhauser addresses Bond by name, he escapes, pursued by Mr. Hinx, a Spectre assassin. Moneypenny informs Bond that the information he collected leads to Mr. White, former member of Quantum, a subsidiary of SPECTRE. Bond asks her to investigate Franz Oberhauser, who was presumed dead years earlier.

Bond travels to Austria to find White, who is dying of thallium poisoning. He admits to growing disenchanted with Quantum and tells Bond to find and protect his daughter, Dr. Madeline Swann, who will take him to L'Americain; this will in turn lead him to Spectre. White then commits suicide. Bond locates Swann, but she is abducted by Hinx. Bond rescues her and the two meet Q, who discovers that Sciarra's ring links Oberhauser to Bond's previous missions, identifying Le Chiffre, Dominic Greene and Raoul Silva as agents from the organisation revealed to be called SPECTRE (Special Executive for Counter-Intelligence, Terrorism, Revenge, Extortion). Swann reveals that L'Americain is a hotel in Morocco.

The two travel to the hotel and find Mr. White's secret room where they find co-ordinates pointing to Oberhauser's facility in the desert. They travel by train to the station nearest to the coordinate. Mr Hinx confronts them on the train, and Bond throws him off after a fight. After arriving at the station, Bond and Swann are escorted to Oberhauser's facility. There, he reveals that Spectre has been staging terrorist attacks around the world, creating a need for the Nine Eyes program. In return, SPECTRE will be given unlimited access to intelligence gathered by Nine Eyes. Bond is tortured as Oberhauser discusses their shared history: after the younger Bond was orphaned, Oberhauser's father became his temporary guardian. Believing that Bond supplanted his role as son, Oberhauser killed his father, staged his own death, and adopted the name Ernst Stavro Blofeld before going on to form SPECTRE. Bond and Swann escape, destroying Blofeld's facility.

Bond and Swann return to London where they meet M, Bill Tanner, Q and Moneypenny; they intend to arrest C and stop Nine Eyes from going online. Swann leaves Bond, telling him she cannot be part of a life involving espionage. On the way, the group is ambushed and Bond is kidnapped, but the rest still proceed with the plan. After a brief struggle in C's office, he is accidentally killed. Bond is taken to the old MI6 building — which is about to be demolished. He meets Blofeld, greeted by his new scar. Blofeld tells him that he has three minutes to find a kidnapped Swann and escape the building before the explosives are detonated. Bond finds Swann and the two escape by boat; Bond shoots down Blofeld's helicopter, which crashes onto Westminster Bridge. Bond spares Blofeld and leaves him to be arrested by M. At the end, Bond leaves with Swann, presumably retiring from his 00- status.

Spectre had its world premiere in London on 26 October 2015, the same day as its general release in the United Kingdom and Republic of Ireland. Following the announcement of the start of filming, Paramount Pictures brought forward the release of Mission: Impossible – Rogue Nation to avoid competing with Spectre. In March 2015 IMAX corporation announced that Spectre would be screened in its cinemas, following Skyfall‍ '​s success with the company. In the UK it received a wider release than Skyfall, with a minimum of 647 cinemas including 40 IMAX screens, compared to Skyfall‍ '​s 587 locations and 21 IMAX screens.

As of 24 November 2015[update] Spectre has grossed $681.1 million worldwide, of which $128.1 million of the takings have been generated from the UK market and $157.9 million from North America. As of the weekend ending 22 November, the film is playing across 92 markets worldwide, opening at No. 1 in 70 of them and IMAX totalling up to nearly $40 million. It topped the worldwide box office for three consecutive weekends before being overtaken by The Hunger Games: Mockingjay – Part 2 in its third weekend.

Spectre has received mixed reviews from critics, with many reviewers either giving the film highly positive or highly negative feedback. Rotten Tomatoes sampled 274 reviews and judged 64% of the critiques to be positive, saying that the film "nudges Daniel Craig's rebooted Bond closer to the glorious, action-driven spectacle of earlier entries, although it's admittedly reliant on established 007 formula." On Metacritic the film has a rating of 60 out of 100, based on 48 critics, indicating "mixed or average reviews". Many critics praised the film's opening scene, direction, action sequences, stuntwork, cinematography and performances from the cast. In some early reviews the film received favourable comparisons with its predecessor, Skyfall. On CinemaScore, audiences gave the film an average grade of "A−" on an A+ to F scale 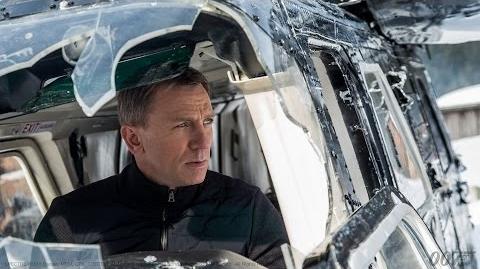 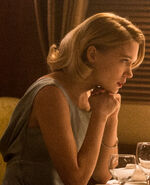 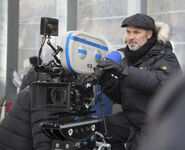 Director Sam Mendes on the set of Spectre