Split is a 2016 American psychological horror film written and directed by M. Night Shyamalan. It stars James McAvoy, Anya Taylor-Joy and Betty Buckley. The film premiered at Fantastic Fest on September 26, 2016 and was released on January 20, 2017, by Universal Pictures. It is the second installment in the Eastrail 177 Trilogy.

Though Kevin (James McAvoy) has evidenced 23 personalities to his trusted psychiatrist, Dr. Karen Fletcher (Betty Buckley), there remains one still submerged who is set to materialize and dominate all of the others. Compelled to abduct three teenage girls led by the willful, observant Casey, Kevin reaches a war for survival among all of those contained within him as well as everyone around him as the walls between his compartments shatter.

Split received positive reviews from critics. On Rotten Tomatoes, The film has a score of 77% based on 297 reviews with an average score of 6.49/10. 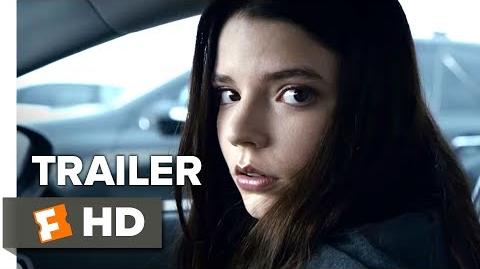