View src
watch 02:07
Spider-Man: No Way Home Trailer Dropped - The Loop
Do you like this video?
Play Sound
Steve Martin 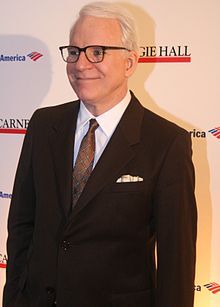 Stephen Glenn Martin (born on August 14, 1945 in Waco, Texas, USA) is an American actor, comedian, writer, producer, and musician. He is best known for films such as The Jerk, Father of the Bride (1991), Shopgirl, Cheaper by the Dozen, Looney Tunes Back in Action, The Pink Panther (2006) and Bowfinger.