watch 01:56
The Loop (Movies)
Do you like this video?
Play Sound
Super Troopers 2 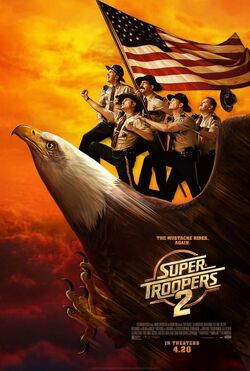 It serves as the sequel to the film Super Troopers.

Retrieved from "https://movies.fandom.com/wiki/Super_Troopers_2?oldid=130684"
Community content is available under CC-BY-SA unless otherwise noted.