A year after the events in Paris, on a trip to Istanbul, Bryan Mills (Liam Neeson) gets a surprise visit from his daughter, Kim (Maggie Grace), and his ex-wife, Lenore (Famke Janssen). The happy reunion turns sour when Lenore is taken by people working for Murad Hoxha (Rade Šerbedžija), the employer of the men working in the Paris building where Kim's friend, Amanda, was found dead and the father of Marko Hoxha, whom Bryan killed in the previous film. With Lenore held hostage and Kim on the run, Mills must utilize all his lethal skills to rescue them and eliminate any who are seeking revenge against him.

Filming took place throughout early 2012, with scenes depicting Neeson and Grace's characters in Los Angeles being shot in January

Early reviews of Taken 2 have been negative. It currently holds a rating of 9% on Rotten Tomatoes based on 22 reviews, much less than Taken's 58%.

The first official trailer was released on June 21, 2012. 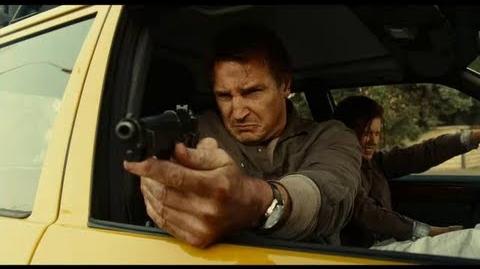