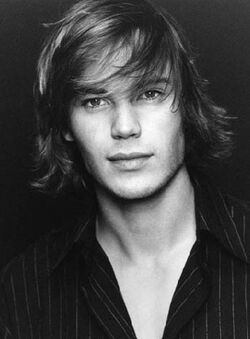 Taylor Kitsch, born April 8, 1981 in Kelowna, British Columbia, is a Canadian actor and model who portrays Alex Hopper in the 2012 feature film Battleship - based on the iconic Battleship game. He is most recognizable as the character Tim Riggins in the NBC television series "Friday Night Lights," and as Gambit from the film "X-Men Origins: Wolverine."

Kitsch got serious about acting in 2002, when he moved to New York City to study with renowned acting coach Sheila Grey. His career took off the next year after he returned to his home town of Vancouver and landed his first film major role, alongside Samuel L. Jackson, in David R. Ellis' adrenaline-fueled action picture, Snakes on a Plane (2006). The film was released in August 2006 by New Line Cinema.

Then, Kitsch starred as prep school student "Pogue Perry" in director Renny Harlin's The Covenant (2006), which opened at No. 1 on the box office chart in September 2006. In the stylish thriller from Lakeshore Entertainment and Sony Screen Gems, four young witches do battle with a powerful, centuries-old supernatural force.

His most high profile film role to date has been John Carter From Mars.