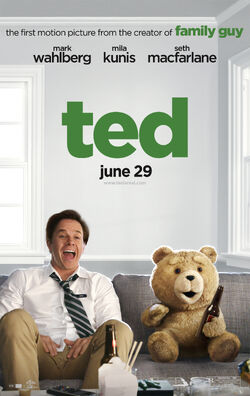 Filming began in May 2011 in Boston and Swampscott.[1] The movie, which is the feature-length directorial debut for MacFarlane,[2] is produced by Media Rights Capital, and will be distributed by Universal Pictures. It was released in June 2012.[3] In March of 2012, the MPAA gave the film an R rating for crude and sexual content, pervasive language, and some drug use.

John Bennett (Mark Wahlberg) is an "average Joe" Boston native whose innocent childhood wish for his teddy bear to come to life actually comes true. However, the bear named Ted (voiced and motion-captured by Seth MacFarlane) remains his "best friend" even into his adult years - refusing to leave his side. Ted's irresponsible and vulgar slacker lifestyle - in continuing to apply childish morals - conflicts John's attempt to embrace his adulthood and the woman of his dreams Lori Collins (Mila Kunis).

As MacFarlane's first outing as director, "Ted" is a live-action film with the notable exception of a computer-animated Ted, and MacFarlane wrote the screenplay himself alongside his Family Guy colleagues Alec Sulkin and Wellesley Wild.[4]

MacFarlane announced the movie in the February 10, 2011 episode of Conan. 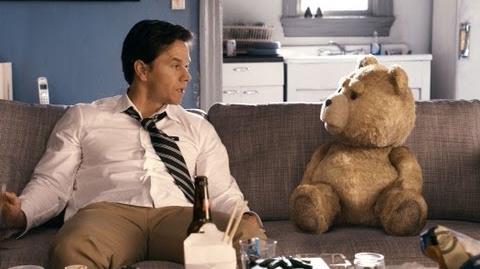 Ted - Trailer
Add a photo to this gallery 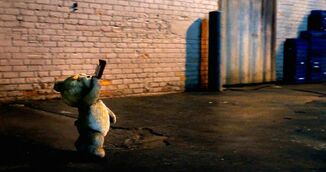 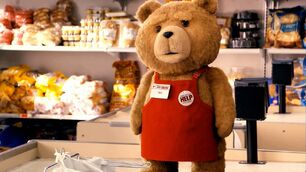 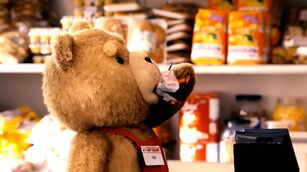 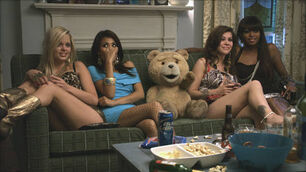 Ted with the ladies 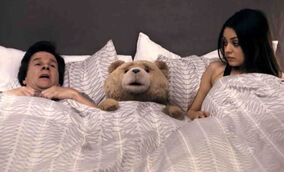 Ted tries to get some shut eye 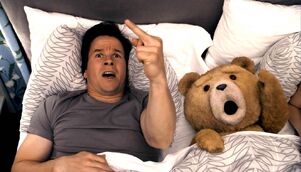 Retrieved from "https://movies.fandom.com/wiki/Ted?oldid=175296"
Community content is available under CC-BY-SA unless otherwise noted.