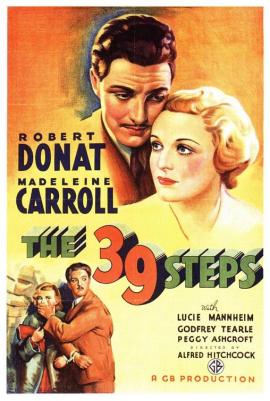 The 39 Steps is a 1935 British thriller film directed by Alfred Hitchcock.

Madeleine Carroll's welts on her wrists were real, from having been handcuffed to costar Donat for hours on end.

The apartment scene at the beginning was later spoofed by Mel Brooks and Madeline Kahn in High Anxiety.