watch 00:59
The Loop (Movies)
Do you like this video?
The Angry Birds Movie 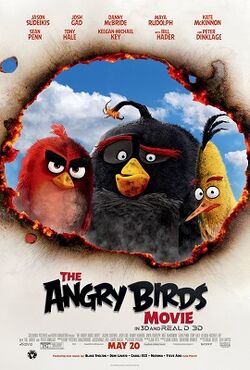 The Angry Birds Movie (or simply Angry Birds) is a 2016 American-Finnish 3D computer-animated action-adventure comedy film based on the video game series of the same name. It was directed by Clay Kaytis and Fergal Reilly (in their directorial debuts), produced by John Cohen and Catherine Winder, and written by Jon Vitti. The film was animated by Sony Pictures Imageworks, and stars Jason Sudeikis, Josh Gad, Danny McBride, Maya Rudolph, Kate McKinnon, Sean Penn, Tony Hale, Keegan-Michael Key, Bill Hader and Peter Dinklage. It was released in the United States on May 20, 2016.

Despite receiving mixed reviews from film critics, the film was positively welcomed from audience that praised its animation, voice cast performance, its characters, humor, heart, message, character development and the final battle. The film was also a box office success grossing over $283 million. It had a sequel, The Angry Birds Movie 2, in 2019. 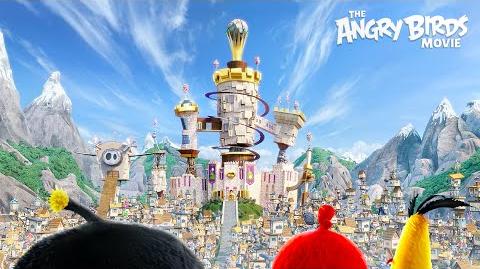 Retrieved from "https://movies.fandom.com/wiki/The_Angry_Birds_Movie?oldid=298642"
Community content is available under CC-BY-SA unless otherwise noted.