View src
watch 01:33
Wiki Targeted (Entertainment)
Do you like this video?
Play Sound
The Aviator 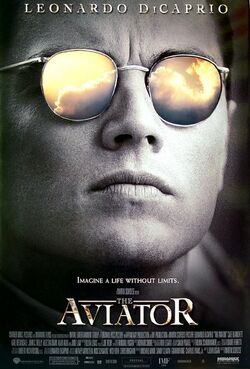 The Aviator is a 2004 American biographical drama film directed by Martin Scorsese, written by John Logan, and starring Leonardo DiCaprio.

It is the story of aviation pioneer Howard Hughes, drawn largely upon numerous sources including a biography by Charles Higham. The film centers on Hughes' life from the late 1920s to 1947, during which time he became a successful film producer and an aviation magnate while simultaneously growing more unstable due to severe obsessive-compulsive disorder. The film was nominated for 11 Academy Awards, winning five, including one for actress Cate Blanchett.