Start a Wiki
watch 01:38
The Loop (Movies)
Do you like this video?
The Babysitters 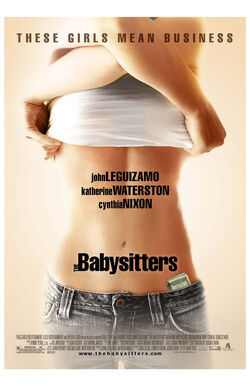 Seventeen-year-old Shirley (Katherine Waterston) is a good student who works as a babysitter in order to make money for college. One night Michael (John Leguizamo), a father Shirley works for, confesses he's unhappy with married life. Shirley has a crush on Michael, and seizes this moment to kiss him. Michael is so happy he presents Shirley with a big tip, which gives her an idea. Shirley plans to make extra money by setting up her teenage friends with other unhappy fathers.

Retrieved from "https://movies.fandom.com/wiki/The_Babysitters?oldid=162422"
Community content is available under CC-BY-SA unless otherwise noted.