Moviepedia
Register
Don't have an account?
Sign In
Advertisement
in: Film articles without a specified rating, 2022 films, 2022 American films,
and 26 more

The Bad Guys is an upcoming American computer-animated crime comedy film produced by DreamWorks Animation and distributed by Universal Pictures. It is directed by Pierre Perifel (in his feature directorial debut) from a screenplay by Etan Cohen and Hilary Winston, based on the children's book series of the same name by Aaron Blabey, who serves as executive producer. It stars the voices of Sam Rockwell, Marc Maron, Craig Robinson, Anthony Ramos, Awkwafina, Richard Ayoade, Zazie Beetz, Lilly Singh, and Alex Borstein. The film is scheduled to be theatrically released in the United States by Universal Pictures on April 22, 2022.

In a world where humans and anthropomorphic animals coexist, a gang of criminal animals known as Mr. Wolf, Mr. Piranha, Mr. Snake, Mr. Shark, and Ms. Tarantula have made a deal to go good to avoid serving prison time, with Mr. Wolf beginning to enjoy this new lifestyle, while a new villain emerges.

On July 22, 2017, Australia's The Daily Telegraph reported that several studios had expressed interest in adapting the series into a film. In March 2018, Variety reported that DreamWorks Animation would develop a film based on the book series, with Etan Cohen writing the screenplay. The following year, in October, it was reported that the film would be directed by Pierre Perifel in his feature directorial debut, with Cohen and Hilary Winston set to co-write the film's script. The film was described as having "a similar twist on the heist genre that Shrek did on fairy tales, and what Kung Fu Panda did for the kung fu genre". The crew worked remotely during the COVID-19 pandemic.

On July 28, 2021, the cast was announced with Etan Cohen, the book's author Aaron Blabey and Patrick Hughes set to serve as executive producers for the film. On the same day, director Pierre Perifel announced the character casting on his Instagram account. On June 22, 2021, Daniel Pemberton was signed to compose the score for the film.

On October 7, 2019, it was reported that the film would be theatrically released on September 17, 2021, taking over the release date of Spooky Jack. In December 2020, the film was delayed with The Boss Baby: Family Business taking its original slot, though it was confirmed that it would get a new date "within the coming weeks" due to the COVID-19 pandemic. In March 2021, the release date was scheduled to April 15, 2022. In October 2021, it was pushed back again by one week to April 22. The film is slated to stream in the United States on the Peacock streaming service 45 days after its theatrical release, followed by its Netflix debut after Peacock's 4-month exclusive window. 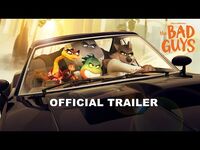 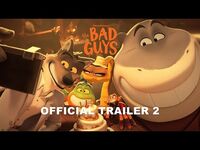