The Best of Enemies

View src
watch 02:24
Wiki Targeted (Entertainment)
Do you like this video?
Play Sound
The Best of Enemies 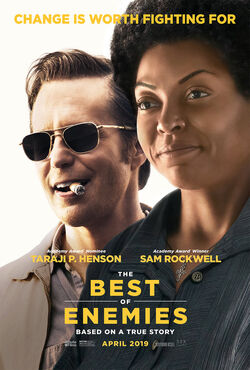 The Best of Enemies is an upcoming American drama film written and directed by Robin Bissell. The cast of the film consists of Taraji P. Henson and Sam Rockwell.

The film is scheduled to be released in the United States on April 5, 2019 by STX Entertainment.