Start a Wiki
The Boy 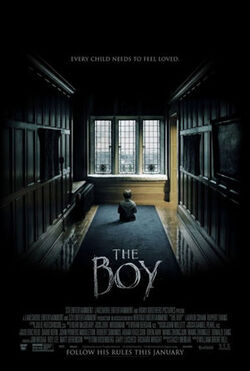 The Boy is a 2016 American-Chinese horror film directed by William Brent Bell and written by Stacey Menear. The film stars Lauren Cohan and Rupert Evans. It was released on January 22, 2016 by STX Entertainment.

A young American named Greta (Lauren Cohan) takes a job as a nanny for an 8-year-old boy in a remote English village. To her surprise, Greta learns that the child of her new employers is a life-size doll. They care for the doll as if it was human, which helps the couple to cope with the death of their own son 20 years earlier. When Greta violates a list of strict rules, a series of disturbing and inexplicable events bring her worst fears to life, leading her to believe that the doll is alive. 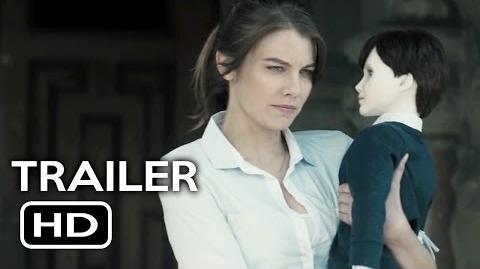