Start a Wiki
The Call 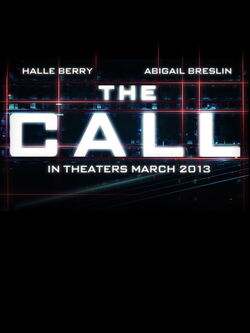 The Call is an upcoming thriller film starring Halle Berry and Abigail Breslin and directed by Brad Anderson. It is scheduled for release on March 15, 2013.

When veteran 911 operator, Jordan, takes a life-altering call from a teenage girl who has just been abducted, she realizes that she must confront a killer from her past in order to save the girl's life.

Retrieved from "https://movies.fandom.com/wiki/The_Call?oldid=169897"
Community content is available under CC-BY-SA unless otherwise noted.