watch 00:59
The Loop (Movies)
Do you like this video?
The Cloverfield Paradox 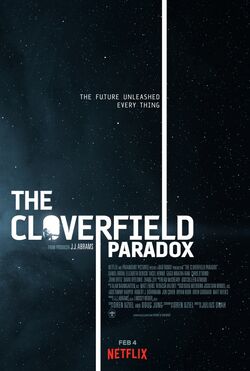 It is the third entry in the Cloverfield film franchise.

Orbiting a planet on the brink of war, scientists test a device to solve an energy crisis, and end up face-to-face with a dark alternate reality.

Retrieved from "https://movies.fandom.com/wiki/The_Cloverfield_Paradox?oldid=130688"
Community content is available under CC-BY-SA unless otherwise noted.