Start a Wiki
watch 01:16
The Loop (Movies)
Do you like this video?
The Congress 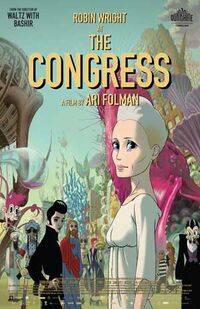 Robin Wright is an aging actress with a reputation for being fickle and unreliable, so, without any job prospects, she sells the rights to her digital image and ends up getting her body digitally scanned so that the studio will be able to make movies starring her using only computer-generated characters. Years later, she ends up at the Futurological Congress where the mentioned technology is showcased, and she suddenly realizes that she no longer wants to follow through on the deal.

Believing that human beings should not be made into products, she voices her public opinion and gets in trouble, which then leads to a series of events that Robin was not expecting.

Retrieved from "https://movies.fandom.com/wiki/The_Congress?oldid=62846"
Community content is available under CC-BY-SA unless otherwise noted.