Start a Wiki
The Conjuring 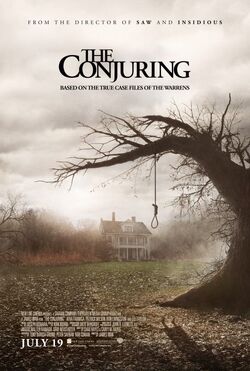 The Conjuring is inspired by the true-life story of the Perron family, who claimed they "lived among the dead" in the 1970s as spirits both friendly and sinister inhabited their Rhode Island farmhouse.

A family encounters spirits living among them in their New England farmhouse. Vera Farmiga and Patrick Wilson play ghost hunters that get called to the house to intervene in a case with a bad witch.

Retrieved from "https://movies.fandom.com/wiki/The_Conjuring?oldid=119729"
Community content is available under CC-BY-SA unless otherwise noted.