Principal photography of the film began on December 8, 2015. It had its world premiere at South by Southwest on March 12, 2017, and also screened at the 2017 Toronto International Film Festival on September 11. Distributed by A24, the film is scheduled to have a limited release in the United States on December 1, 2017, before opening wide on December 8, 2017.

In San Francisco in 1998, 19-year-old Greg Sestero befriends Tommy Wiseau in Jean Shelton's acting class after Tommy gives a protracted and bizarre interpretation of a scene from A Streetcar Named Desire. Greg is impressed by Tommy's fearlessness, though Tommy also exhibits unusual habits and mannerisms; for instance, he can afford apartments in both San Francisco and Los Angeles, but he will not discuss his personal life or the source of his wealth, and he insists he is from New Orleans, despite his pronounced European accent. At Tommy's suggestion, the two move to Los Angeles to pursue acting careers.

Greg signs with talent agent Iris Burton and regularly attends auditions, while Tommy is consistently rejected by agencies, acting teachers, casting directors and producers, and seems to think that Amber, Greg's new girlfriend, is sabotaging his friendship with Greg. When Greg's auditions begin to dry up, he shares his frustrations with Tommy, who decides to make a film for them to star in. Tommy writes the screenplay for The Room, a melodrama about a love triangle between banker Johnny (played by Tommy), his fiancée Lisa, and his best friend Mark (played by Greg, who is also given a line producer credit). They rent production space from Birns & Sawyer, from whom Tommy insists on buying, rather than renting, all of the production equipment he will need. He also decides to shoot the film on 35mm film and HD Digital simultaneously, which is another costly and unnecessary measure. The production house employees introduce Tommy to Raphael Smadja and Sandy Schklair, who are hired as cinematographer and script supervisor, respectively. Actress Juliette Danielle is cast as Lisa.

Production starts relatively smoothly, but Tommy's controlling behavior and inexperience cause the situation to deteriorate. He forgets his lines, arrives late, and refuses to supply his crew with basic needs, such as drinking water and air conditioning. No one receives a full script, and the cast and crew are baffled by the film's nonsensical plot and Tommy's inexplicable directorial and acting choices. During preparation for a sex scene, which is being filmed shortly after Greg has told Tommy that he is moving in with Amber, Tommy refuses to film on a closed set, doesn't put on a robe between scenes, and humiliates Juliette by pointing out the acne on her shoulder to the entire crew. When he is confronted about this, Tommy responds by revealing that he regularly watches the extensive behind-the-scenes footage of the production, so he knows what the cast and crewmembers have been saying about him behind his back, and he accuses everyone, including Greg, of not supporting his vision.

While The Room is still filming, Greg and Amber run into Bryan Cranston, who is in the same Pilates class as Amber, at a cafe. He says he is directing an upcoming episode of the TV show he is on, Malcolm in the Middle, and invites Greg to play a lumberjack, largely because Greg has a beard. Greg is scheduled to shave his beard soon for The Room, so he begs Tommy to delay shooting those scenes, but Tommy refuses. Greg reluctantly chooses to finish the film and give up the opportunity to be on Malcolm. On the last day of shooting, which is on location back in San Francisco, a frustrated Greg accuses Tommy of selfishness and duplicity throughout their friendship and questions his real age and origins. The two fight and Greg storms off.

By June 2003, Amber and Greg have split up and Greg has started working in theatre. Tommy has finished work on The Room in the eight months since their falling out, and he invites Greg to the premiere. Greg initially is reluctant, but Tommy convinces him to come and, to his surprise, the entire cast and crew also attend. The capacity audience reacts with bemused silence and then, increasingly, with laughter to Tommy's poor performance, script, and filmmaking techniques. A devastated Tommy storms out of the theater, but Greg brings him back and points out that the audience's enthusiastic response is something to be proud of, while reconciling his friendship with him. With renewed optimism, Tommy takes the stage as The Room ends and expresses his appreciation of the warm reception for his "comedic" film. He invites Greg to join him, and the pair receive a standing ovation.

In a post-credits scene, Tommy meets Henry, a partygoer (played by the actual Tommy Wiseau) who asks Tommy if he wants to hang out. He refuses, though he does recognize Henry's familiar "New Orleans" accent. 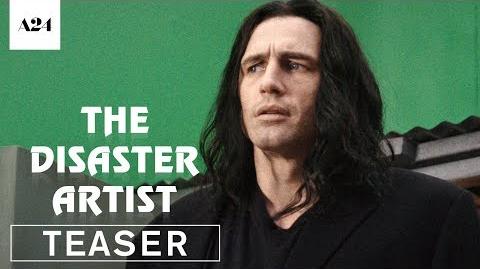 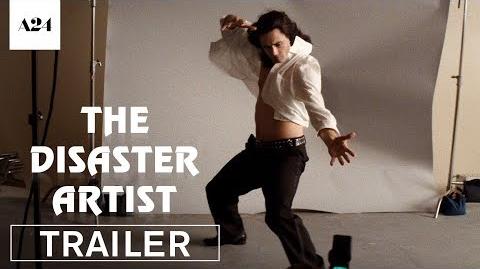