Start a Wiki
The Girl with the Dragon Tattoo 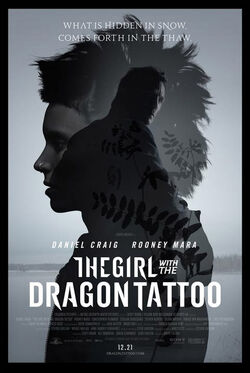 The Girl with the Dragon Tattoo is the American film adaptation of the book of the same name. The script was written by Steve Zaillian, is being directed by David Fincher, and was released on December 25, 2011.

In February 2010, Columbia Pictures signed a deal with the Swedish production company Yellow Bird, which owns the cinematic rights to the three books, and Stieg Larsson's father Erland Larsson and brother Joakim Larsson. Joakim Larsson commented the deal in a Swedish newspaper "We get to stay in control for most parts, which seems to be quite unusual in Hollywood. But it was important to us, we didn't want this to turn into too much of a 'business-thing', we feared that he (Stieg Larsson) would be exploited." Columbia will do a total re-write based on the books, rather than a translation of the original Swedish script.

Steve Zaillian, the writer of the script for "Schindler's list" has written the script. Trent Reznor, Academy Award winning composer for The Social Network, is writing the music. The released date is the 21'st of December, 2011. 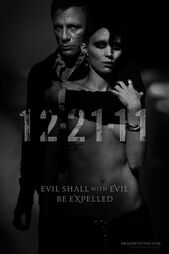 Retrieved from "https://movies.fandom.com/wiki/The_Girl_with_the_Dragon_Tattoo_(2011)?oldid=189479"
Community content is available under CC-BY-SA unless otherwise noted.