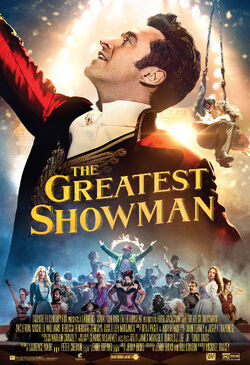 Inspired by the imagination of P. T. Barnum, The Greatest Showman is an original musical that celebrates the birth of show business & tells of a visionary who rose from nothing to create a spectacle that became a worldwide sensation.

Retrieved from "https://movies.fandom.com/wiki/The_Greatest_Showman?oldid=161442"
Community content is available under CC-BY-SA unless otherwise noted.