watch 00:59
The Loop (Movies)
Do you like this video?
The Hateful Eight 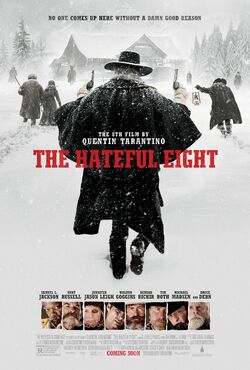 In post-Civil War Wyoming, bounty hunters try to find shelter during a blizzard but get involved in a plot of betrayal and deception. Will they survive?[1]

Retrieved from "https://movies.fandom.com/wiki/The_Hateful_Eight?oldid=121523"
Community content is available under CC-BY-SA unless otherwise noted.