Start a Wiki
The Legend of Hercules 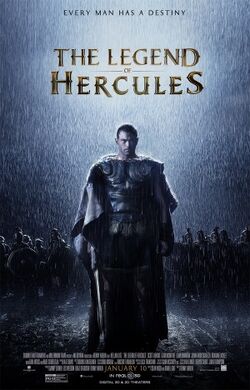 The Legend of Hercules (2014) is an American action fantasy film based on the Greek mythological story of Hercules. Directed by Renny Harlin, written by Harlin, Daniel Giat, Giulio Steve, and Sean Hood, and starring Kellan Lutz, it was released January 10, 2014.

The origin story of the the mythical Greek hero. Betrayed by his stepfather, the King, and exiled and sold into slavery because of a forbidden love, Hercules must use his formidable powers to fight his way back to his rightful kingdom. [1]

Retrieved from "https://movies.fandom.com/wiki/The_Legend_of_Hercules?oldid=132346"
Community content is available under CC-BY-SA unless otherwise noted.