The Many Saints of Newark

View src
watch 03:36
Wiki Targeted (Entertainment)
Do you like this video?
Play Sound
The Many Saints of Newark 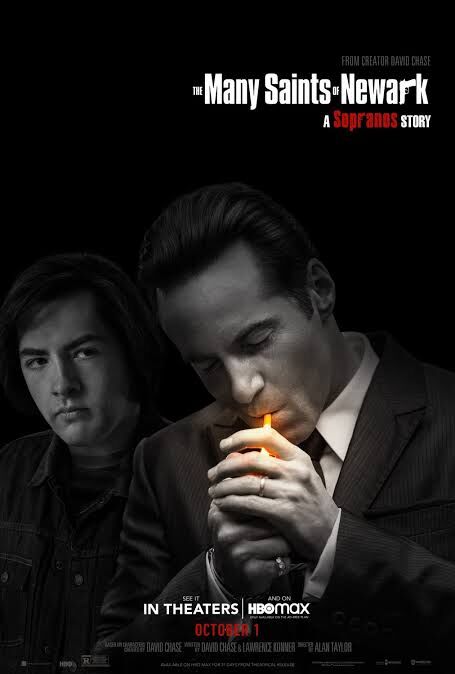 The Many Saints of Newark is an upcoming American crime drama film directed by Alan Taylor and written by David Chase and Lawrence Konner as a prequel to Chase's HBO crime drama series The Sopranos. The film stars Alessandro Nivola, Leslie Odom Jr., Jon Bernthal, Corey Stoll, Michael Gandolfini, Billy Magnussen, John Magaro, Michela De Rossi, Ray Liotta, and Vera Farmiga. It is set in the 1960s and 1970s in Newark, New Jersey, using the 1967 riots in the city as a backdrop for tensions between the Italian-American and African-American communities.

New Line Cinema obtained the rights to produce The Many Saints of Newark alongside HBO Films. Warner Bros. Pictures was to originally release the film theatrically on September 25, 2020, however, due to the COVID-19 pandemic. It was later announced that the film would be given a simultaneous release in theaters and on HBO Max on March 12, 2021 before the film was once again delayed to September 24, 2021, however, due to the COVID-19 pandemic, its release date was rescheduled to October 1, 2021, as well as a month-long simultaneous release on the HBO Max streaming service.

Young Anthony Soprano is growing up in one of the most tumultuous eras in Newark’s history, becoming a man just as rival gangsters begin to rise up and challenge the all-powerful DiMeo crime family’s hold over the increasingly race-torn city. Caught up in the changing times is the uncle he idolizes, Dickie Moltisanti, who struggles to manage both his professional and personal responsibilities—and whose influence over his nephew will help make the impressionable teenager into the all-powerful mob boss we’ll later come to know: Tony Soprano.

I was against [the movie] for a long time and I'm still very worried about it, but I became interested in Newark, where my parents came from, and where the riots took place ... I was living in suburban New Jersey at the time that happened, and my girlfriend was working in downtown Newark. I was just interested in the whole Newark riot thing. I started thinking about those events and organized crime, and I just got interested in mixing those two elements.

Chase ruled out the idea of continuing The Sopranos story in June 2017, while simultaneously expressing an interest in a prequel to the series. In March 2018, New Line Cinema announced that it purchased the rights to produce the film along with HBO Films, with Chase co-writing the screenplay with Lawrence Konner. New Line's chairman, Toby Emmerich, stated, "David is a masterful storyteller and we, along with our colleagues at HBO, are thrilled that he has decided to revisit, and enlarge, the Soprano universe in a feature film." Chase said that the storyline centers on the 1967 Newark riots and racial tensions between the Italian-American and African-American communities. "I was interested in Newark and life in Newark at that time ... I used to go to down there every Saturday night for dinner with my grandparents. But the thing that interested me most was Tony's boyhood. I was interested in exploring that." Alan Taylor, who directed several episodes of The Sopranos, was hired to direct the film in July 2018.

In November 2018, Alessandro Nivola was cast to star in the film as Dickie Moltisanti, the father of Christopher Moltisanti. In January 2019, Chase, while discussing the 20th anniversary of the series, revealed that a young Tony Soprano would appear in the film. Jon Bernthal, Vera Farmiga, Corey Stoll and Billy Magnussen were added to the cast that same month. Michael Gandolfini, son of James Gandolfini, was cast in the role of young Tony. Gandolfini, having never watched The Sopranos, watched through it to prepare for the role, describing it as an intense process. Ray Liotta joined the cast in February, with Leslie Odom Jr. and Michela De Rossi joining in March, as well as John Magaro, who starred in Chase's debut feature film Not Fade Away (2012).

Principal photography began in Brooklyn on April 3, 2019, moved to Newark on May 7, and wrapped in June 2019. Branford Place, a street in Newark, was transformed to fit the 1960s time period for the riots, including detailed storefronts, the old Adams Theatre marquee, and the retro neon sign for Hobby's Delicatessen. Luther Engler, a retired Newark police officer, served as a technical adviser for the film. Filming also took place in Bloomfield. Satriale's Pork Store, which was featured in The Sopranos, was recreated in Paterson. The production returned for re-shoots in September 2020.

The film was initially scheduled to be released on September 25, 2020; however, due to the impact of the COVID-19 pandemic on theaters and the film industry, its release date was rescheduled to March 12, 2021. It was then delayed again to September 24, 2021, so it could premiere on the film festival circuit and better position itself as an awards contender, before later moving to October 1. The film will be simultaneously released in theaters and on HBO Max (for a limited period of 31 days), as part of the 2021 Warner Bros. film release schedule plans.