Start a Wiki
watch 01:27
The Loop (Movies)
Do you like this video?
The Monuments Men 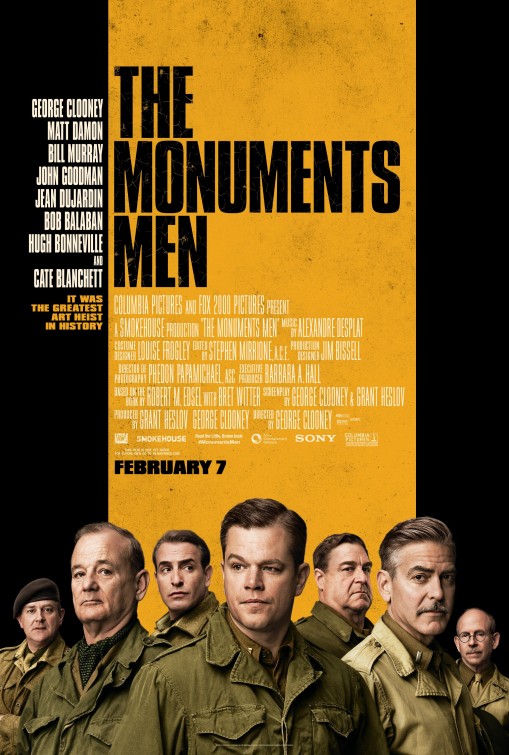 Directed By
George Clooney
Written By

Based on the book The Monuments Men: Allied Heroes, Nazi Thieves and the Greatest Treasure Hunt in History by Robert M. Edsel, the film relays the story of the Monuments, Fine Arts, and Archives program, an Allied group, tasked with saving pieces of art and other culturally important items before their destruction by Hitler during World War II.

Retrieved from "https://movies.fandom.com/wiki/The_Monuments_Men?oldid=165169"
Community content is available under CC-BY-SA unless otherwise noted.