Start a Wiki
The Nut Job 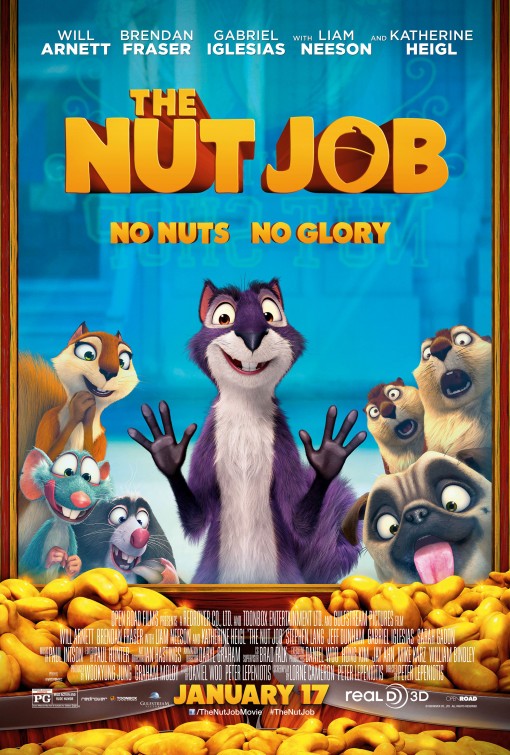 The Nut Job is a 2014 3D Canadian-South Korean-American 3D computer animated comedy film directed by Peter Lepeniotis. It is written by Lorne Cameron and Peter Lepeniotis, starring Will Arnett, Tom Kenny, Brendan Fraser, Gabriel Iglesias, Liam Neeson and Katherine Heigl. The film is based on the 2005 short animated film Surly Squirrel by Lepeniotis. It will be released on January 17, 2014 by Open Road Films. With a budget of $42.8 million, it is the most expensive animated film co-produced in South Korea.

Set in fictional Oakton, a mischievous purple squirrel named Surly (Will Arnett) is banished from the park to the city by Raccoon (Liam Neeson). With the help of his rat friend Buddy, Surly plans a nut-store heist of outrageous proportions, and the duo unwittingly find themselves embroiled in a complicated adventure that might help the survival of the park community even if it involves getting them to help out with the heist before the winter weather hits.

The film was released on DVD, Blu-ray and Blu-ray 3D by Universal Studios Home Entertainment on April 15, 2014.