watch 01:20
The Loop (Movies)
Do you like this video?
The Nutcracker in 3D 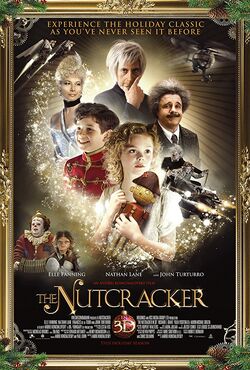 The Nutcracker in 3D is an British-Canadian-American-Hungarian Christmas musical film directed by Andrei Konchalovsky. The film stars Elle Fanning, Nathan Lane, Frances de la Tour, John Turturro, Richard E. Grant, Julia Vysotskaya, and Aaron Michael Drozin.It bombed due to it's terrible acting, writing, and the fact that it has Nazi mice in it.

Retrieved from "https://movies.fandom.com/wiki/The_Nutcracker_in_3D?oldid=217520"
Community content is available under CC-BY-SA unless otherwise noted.