Start a Wiki
The Straight Story 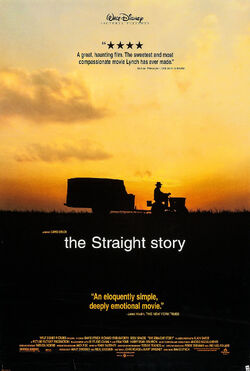 Directed By
David Lynch
Produced By


Mary Sweeney
Based on
Alvin Straight's 1994 journey across Iowa and Wisconsin on a lawn mower.
Cast

The Straight Story is a 1999 film based on the true story of Alvin Straight to visit his brother who is in ill health. Straight traveled from Laurens, Iowa, to Mt. Zion, Wisconsin on a lawnmower.

Essentially, Alvin Straight finds out that his brother has had a stroke. He comes by this information second-hand, as he has not spoken to his brother for a long time. He decides that he must see his brother, but since he can't drive a car and refuses to be driven, he decides to drive a riding lawnmower. The film is the story of his journey and the people he meets along the way. 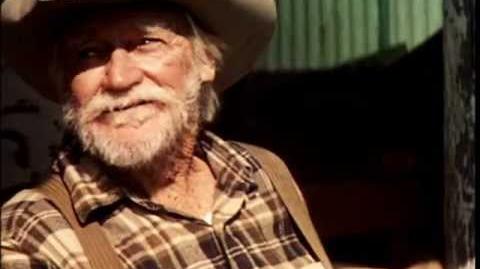 The Straight Story - Trailer
Add a photo to this gallery

Retrieved from "https://movies.fandom.com/wiki/The_Straight_Story?oldid=155413"
Community content is available under CC-BY-SA unless otherwise noted.