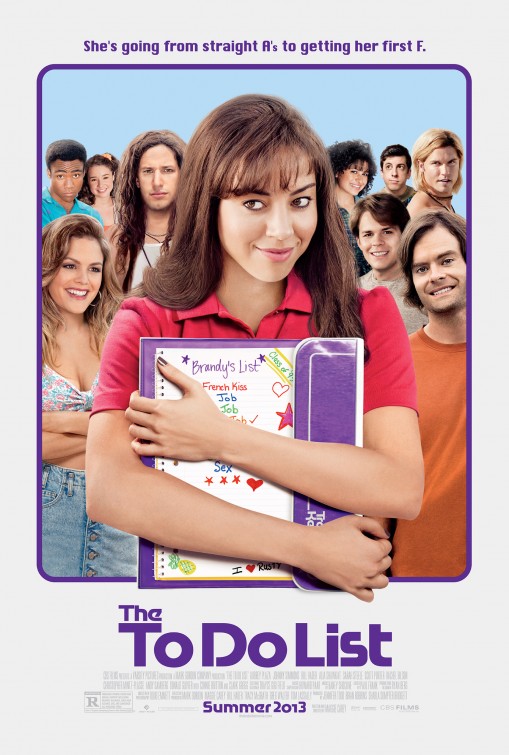 The To Do List is an American romantic comedy film set to be released in 2013 on Valentine's Day.The film is about high school graduate Brandy Klark, who feels she needs to have more sexual experiences before she starts University.

Brandy Klark, a Type-A, overachiever who comes up with a "to-do list" featuring all the risque extra-curricular activities she missed out on in high school and wants to complete before college.

Retrieved from "https://movies.fandom.com/wiki/The_To_Do_List?oldid=56843"
Community content is available under CC-BY-SA unless otherwise noted.