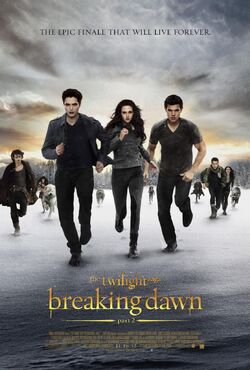 After the birth of Renesmee Cullen, Bella, who is now a vampire, finds herself enjoying her new life and abilities. However, the vampire Irina misidentifies Renesmee as an "immortal child". Because immortal children are uncontrollable, creating them has been outlawed by the Volturi. After Irina presents her allegation to the Volturi, they plan to destroy Renesmee. In an attempt to survive, the Cullens gather other vampires from around the world to stand as witnesses and prove to the Volturi that Renesmee is not an immortal child.

The much-awaited final installment of the grand series, The Twilight Saga, has finally released. The expectations were but naturally quite high, especially for all the Twilight lovers. On the other hand, it had an approximate USD 340.9 million worldwide opening, which implies as the eighth-largest ever, the largest for the Twilight franchise, and the largest for a particular movie released outside the summer period. As a result, the part two version had much bigger expectations, where fortunately it had however provided an at least satisfying conclusion. Rating: 3.5 Stars

The final installment of the much-popular series, The Twilight Saga, and also the last part of Breaking Dawn, had pretty much good amount of expectations among moviegoers, especially an ardent Twilight lovers. The film 'The Twilight Saga: Breaking Dawn Part 2'[1] had although not impressed thoroughly, but had also not disappointed completely. Overall, the film does give a satisfactory conclusion - with a perfect ending, perfect climax and as well with perfect end credits. 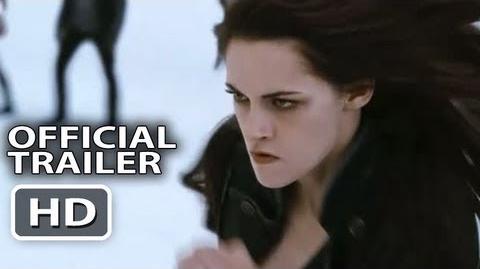 Retrieved from "https://movies.fandom.com/wiki/The_Twilight_Saga:_Breaking_Dawn_–_Part_2?oldid=169283"
Community content is available under CC-BY-SA unless otherwise noted.