watch 00:59
The Loop (Movies)
Do you like this video?
The Vanishing of Sidney Hall 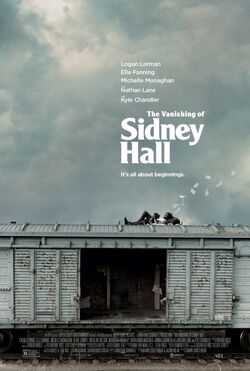 The Vanishing of Sidney Hall is a 2017 American mystery drama film directed by Shawn Christensen. The cast of the film consists of Logan Lerman, Elle Fanning, Michelle Monaghan, Nathan Lane, and Kyle Chandler.

Retrieved from "https://movies.fandom.com/wiki/The_Vanishing_of_Sidney_Hall?oldid=147355"
Community content is available under CC-BY-SA unless otherwise noted.