Start a Wiki
watch 01:27
The Loop (Movies)
Do you like this video?
The Way, Way Back 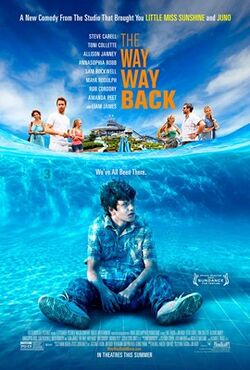 The Way, Way Back is an American comedy film both directed and written by the team of Nat Faxon and Jim Rash. It premiered at the 2013 Sundance Film Festival, and hits U.S. theaters July 5, 2013.

The story of 14-year-old Duncan's (Liam James) summer vacation with his mother, Pam (Toni Collette), her overbearing boyfriend, Trent (Steve Carell), and Trent's daughter, Steph (Zoe Levin). Having a rough time fitting in, the introverted Duncan finds an unexpected friend in gregarious Owen (Sam Rockwell), manager of the Water Wizz water park. Through his funny, clandestine friendship with Owen, Duncan slowly opens up and begins to finally find his place in the world - all during a summer he will never forget.[1] 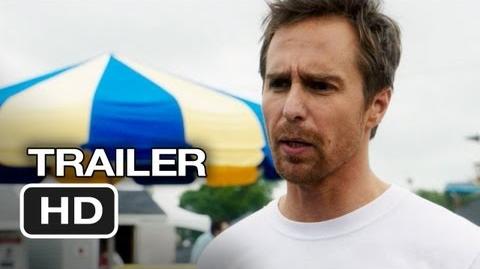 Retrieved from "https://movies.fandom.com/wiki/The_Way,_Way_Back?oldid=116912"
Community content is available under CC-BY-SA unless otherwise noted.