View src
watch 01:33
House of the Dragon Trailer - The Loop
Do you like this video?
Play Sound
The World's End 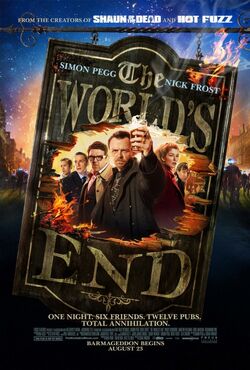 The World's End (2013) is a British-American-Japanese science-fiction/comedy film directed and co-written by Edgar Wright, co-written and starring Simon Pegg, and starring Nick Frost.

Five friends who reunite in an attempt to top their epic pub crawl from 20 years earlier unwittingly become humankind's only hope for survival.[1]

The World's End had a huge presence at the 2013 Comic-Con International: San Diego. The cast and filmmaker hosted a party the first night of the convention (a number of lucky fans who survived a virtual pub crawl were added to the VIP list), a Hall H panel on Friday morning, and an advance screening of the film on Friday night. Read a first-hand account of the Hall H panel here. 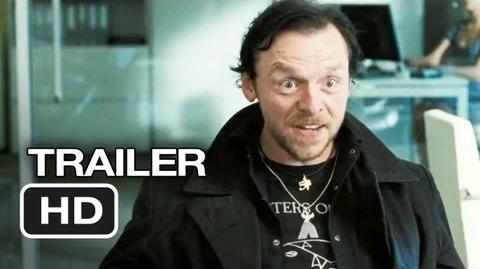