Moviepedia
Register
Don't have an account?
Sign In
Advertisement
in: Films based on novels, 2000 films, Rated G,
and 27 more

Thomas and the Magic Railroad

Thomas and the Magic Railroad

Thomas and the Magic Railroad 2 (Cancelled)

Thomas and the Magic Railroad is a 2000 British-American children's fantasy adventure film based on the British children's book series The Railway Series by The Rev. W. Awdry, its televised adaptation Thomas & Friends by Britt Allcroft, and the American television series Shining Time Station by Allcroft and Rick Siggelkow.

The film was co-produced by Gullane Entertainment and the Isle of Man Film Commission and distributed by Destination Films (a subsidiary of Sony Pictures Entertainment). It was written, produced and directed by Britt Allcroft (who created both of the previous TV series).

As of October 2020, a second live-action/animated untitled Thomas & Friends film is in development at Mattel, with Marc Forster serving as director.

Sir Topham Hatt is on holiday, leaving Mr. Conductor in charge. Meanwhile, while talking at Killaban, Thomas and Gordon encounter Diesel 10. Meanwhile, in Shining Time, Mr. Conductor has his own problems as his supply of gold dust is running low and not enough to allow him to travel back from Sodor.

Later that day, while Thomas and James are at Tidmouth Sheds, Diesel 10 arrives and announces his evil plan to get rid of the steam engines on Sodor; Thomas leaves to collect Mr. Conductor. The 'lost engine', named Lady, is hidden in a workshop on Muffle Mountain. Burnett Stone has kept her hidden after Diesel 10's last attempt to destroy her.

Despite having rebuilt Lady, Burnett is unable to steam her despite using different types of coal. At night, Diesel 10 attacks the shed where the steam engines are sleeping, but Mr. Conductor repels him with sugar after his gold dust fails him and Diesel 10 quickly retreats.

While talking at Knapford, Percy and Thomas conclude that there is a secret railway between Sodor and Shining Time. Diesel 10 overhears them and goes to the Sodor Ironworks to tell Splatter and Dodge of his plans to destroy the lost engine and the other steam engines on Sodor. Toby rings his bell to distract him, causing Diesel 10 to knock the roof of the shed. Later, Henry has a bad cold, so Thomas collects six special coal trucks for him, but he only has five according to Bertie, because one rolled through the Magic Buffers.

Lily Stone is being sent from a big city to visit Burnett on Muffle Mountain. While at the railway station, she meets Mutt, who puts her on the Rainbow Sun instead of the right train. On arriving at Shining Time, she meets Junior and Stacy Jones, who takes her to Burnett's house. The next day, Lily meets Patch, who takes her on a horse ride to Shining Time where she meets Junior again. Junior takes her through the Magic Railroad to Sodor where they meet Thomas.

Thomas is not happy to see Junior, but agrees to help Lily and Junior and takes them to the windmill where they find Mr. Conductor. Junior climbs onto one of the windmill sails and ends up being thrown onto Diesel 10's roof; later that night, Percy finds that Splatter and Dodge have located the Sodor entrance to the Magic Railroad and goes to warn Thomas.

Thomas agrees to take Lily home to Shining Time and sets off. While travelling through the Magic Railroad, Thomas discovers the missing coal truck, which he collects and arrives at Muffle Mountain. Lily goes to find Burnett, leaving Thomas stranded on the mountain, but as the wind picks up, Thomas rolls down the mountain and re-enters the Magic Railroad through another secret portal.

Lily finds Burnett in his workshop where he shows her Lady and explains his problem in getting her to steam. Lily suggests using Sodor coal and when Patch goes back to retrieve the truck, Burnett uses the coal to fire Lady up. Now able to steam, Burnett, Lily, Patch and Mutt take Lady back along the Magic Railroad, regenerating both Lady and the railroad in the process. Thomas then arrives and the two engines return to Sodor where they meet Mr. Conductor and Junior.

Diesel 10 arrives with Splatter and Dodge, who abruptly decide to stop helping him. Thomas and Lady, driven by Burnett, flee from Diesel 10, chasing them towards a crumbling viaduct. Thomas and Lady both make it safely across, and as Diesel 10 approaches, he applies his brakes, but it is too late and he falls off the bridge and lands into a barge filled with sludge.

That evening, Thomas, Lady and Burnett return to the grotto; Lily combines water from a wishing well and shavings from the Magic Railroad to make more gold dust. Junior decides to go to work on Sodor and Mr. Conductor gives him his own cap before sending him to another railway before leaving himself to welcome Sir Topham Hatt home. Lily, Burnett, Patch and Mutt return to Shining Time while Thomas happily steams home into the sunset.

At the same time, a live-action American series "Shining Time Station" (which was also created by Allcroft along with Rick Siggelkow) was made and was also successful.

As early as 1994 (prior to the launch of the Series 4 of Thomas), Allcroft had the plan to make a feature film based on both these series. It was to be a combination between the model trains used in Thomas and live-action from "Shining Time Station."

By 1995, Allcroft was approached by Barry London (then vice-chairman of Paramount Pictures) with an idea for the Thomas film. His interest is thought to have stemmed from his 3 year old daughter who was enthralled by Thomas. The film was to be released in 1997.

However, Paramount shelved the plans for the film after Barry London left the company in February 1996. This left Allcroft to seek other sources of funding. Discussions with PolyGram about the film were held, but not for long because of the company being in the middle of a corporate restructuring and sale.

In the Summer of 1998, during Series 5 of Thomas’s production, Allcroft saw an Isle of Man Film Commission advert. They were offering tax incentives to companies wanting to film on the Island. Allcroft visited and felt the location perfect.

The movie was filmed at the Strasburg Rail Road in Strasburg, Pennsylvania (United States) as well as in Toronto, Ontario, Canada and on the Isle of Man.

The large passenger station where Lily boards the train is the Harrisburg Transportation Center. Norfolk & Western 4-8-0 475 was repainted as the Indian Valley locomotive. Sodor was realised using models and chroma key. The models were animated using live action remote control, as on the television series.

The model sequences were filmed in Toronto instead of Shepperton Studios, the "home" of the original TV show; however, several of the show's key staff were flown over to participate. The Magic Railway was created using models, CGI and water-coloured matte paintings.

In a 2007 interview, director Britt Allcroft commented the finished film was drastically changed from what it was originally going to be the way she had written it with the original antagonist P.T. Boomer, (played by Doug Lennox) being removed from the film because the character was too frightening for young children.

Lily Stone (played by Mara Wilson) was intended to be the narrator of the story. Before filming, Thomas's voice would be provided by John Bellis, a fireman and part-time taxi driver who worked on the film as the Isle of Man transportation co-ordinator and facilities manager.

Bellis received the role when he happened to pick up Britt Allcroft and her crew from the airport. According to Allcroft, after hearing him speak for the first time, she told her colleagues, "I have just heard the voice of Thomas. That man is exactly how Thomas would sound!"

Bellis accepted the role. Unfortunately he lost the role after a test screening. Audiences in Los Angeles disliked Bellis's voice for Thomas due to his Liverpudlian accent claiming that he made Thomas sound too old. Subsequently, Bellis's role was removed and was replaced by Edward Glen, who gave Thomas a lot more of a youthful-sounding voice.

Bellis did receive a credit for his work on the Isle of Man, and his voice can still be heard extensively in one or two of the trailers. Bellis said he was "gutted", but wished the film-makers well. "It was supposed to be my big break, but it hasn't put me off and I am hoping something else will come along."

"Thomas and the Magic Railroad" grossed $19.7 million worldwide compared to its $19 million budget. During its second weekend of screening in Britain, it only took in £170,000.

When "Thomas and the Magic Railroad" was first released in the United Kingdom (where critics were unfamiliar with the characters from Shining Time Station), it was accused of "Americanizing" Thomas.

The film has a score of 19% on Rotten Tomatoes with the consensus: "Kids these days demand cutting edge special effects or at least a clever plot with cute characters. This movie has neither, having lost in its Americanization what the British original did so right."

Nell Minow of Common Sense Media gave the film three out of five stars and writing that it "will please [Thomas fans]" but that the plot "might confuse kids".

Roger Ebert of the Chicago Sun-Times gave the film one star out of four, and wrote, "(the fact) That Thomas and the Magic Railroad made it into theaters at all is something of a mystery. This is a production with 'straight to video' written all over it. Kids who like the Thomas books might kinda like it. Especially younger kids. Real younger kids. Otherwise, no."

While he admired the models and art direction, he criticized how the engines' mouths didn't move when they spoke, the overly depressed performance of Peter Fonda as well as the overall lack of consistency in the plot. 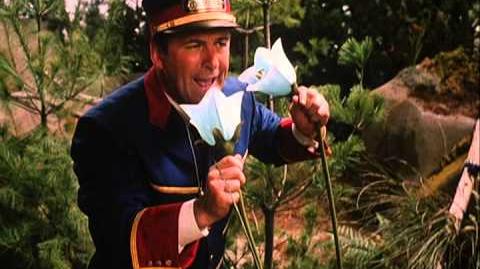 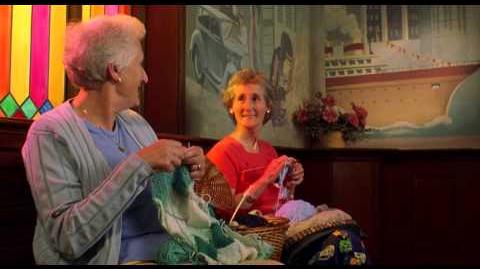