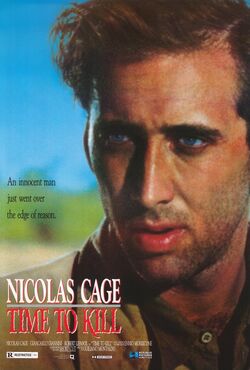 Lieutenant Silvestri suffers a toothache and decides to reach the nearest camp hospital earlier. En route to the camp his vehicle has an accident, and stops near a rock. Silvestri continues by walking, but no physician is found at the construction site. He is directed by a young man on a allegedly shorter route to the main camp, and on his way through the jungle he meets and rapes a young Ethiopian woman. Curiously she stays with him afterwards and he gives her his watch as a present. While taking refuge in a cave Silvestri shoots at a hyena, but the bullet ricochets and hits the woman. He buries her, trying to hide all traces, observing some Ethiopian people arriving nearby. Silvestri continues to the dentist at the main camp, where he tells the story to his superior, which decides to do nothing.

Later his unit kills people in retribution of attacks of insurgents in the same area where all that happened and he recognizes the young man from the constructions site and some of the civilians he observed among the dead. He also meets Elias, wearing his pants, which he seems to have forgotten at the site and Johannes, Elias' father.

He finally receives his permission for furlough and while celebrating with his friend and a superior Major he learns that the white turban of the girl means her being leprous. This and a festering wound on his hand lead him to believe he has leprosy. Elias visits him and he concludes him being Mariams brother and Johannes her father and his belief in enforced by Elias' reluctant answers. He seeks out a doctor with the cover-story of investigating for a book. The doctor explains to him from a book all the signs of lepra, which convinces and horrifies him even more. Upon the doctor insisting on examining his hand he gives the doctor a false name and even shoots at him, going to the ship going to Italy.

As he tries to escape from Ethiopia to his wife in Italy, Silvestri evades and even steals from his former and finally hides at the father of the girl, Johannes. After living through a real or imagined illness, Johannes explains to him that Mariam wasn't ill and in exchange he tells her father how she really died, leading him also to the burial site ...

The movie switches back to the actual history of Ethiopia for some moments and Silvestris former friend tells the aftermath.

Retrieved from "https://movies.fandom.com/wiki/Time_to_Kill?oldid=93513"
Community content is available under CC-BY-SA unless otherwise noted.