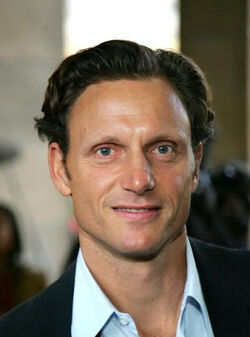 Anthony Howard "Tony" Goldwyn (born May 20, 1960) is an American actor and director. He is best known for portraying Carl Bruner in the 1990 film Ghost. He also voiced the title character of the 1999 animated film Tarzan.

Goldwyn first began his acting career in 1986. Few years later he went on to portray Carl Bruner in the 1990 film Ghost which gained him attention for. He appeared in other films such as The Pelican Brief, The 6th Day, The Last Samurai, American Gun, and the 2009 remake The Last House on the Left.

Retrieved from "https://movies.fandom.com/wiki/Tony_Goldwyn?oldid=106176"
Community content is available under CC-BY-SA unless otherwise noted.