$709,709,780
Transformers is a live-action film produced by DreamWorks and released by Paramount in 2007, with Executive Producer Steven Spielberg and Director Michael Bay. The story follows the Transformers' arrival on modern-day Earth and their interactions with the human race, as they search for the life-giving All Spark and continue their ages-old civil war. The movie is a new imagining of the Transformers brand, drawing on past Transformers fiction but also distinct in its own right.

The principal cast members are Shia LaBeouf, Jon Voight, and Megan Fox, with Peter Cullen and Hugo Weaving as the voices of the Transformers' iconic leaders. About sixty percent of the film's character designs and visual effects were created by Industrial Light and Magic, the effects-wizards behind the Wars Star Wars films. The remaining forty percent were done by Michael Bay's company, Digital Domain.

Optimus Prime, leader of the Autobots, narrates the collapse of the Transformers' home world, Cybertron. It was destroyed by war between the Autobots and the Decepticons. Led by Megatron, the Decepticons were searching for the AllSpark so they could use it to take over the universe. The Autobots want to find the AllSpark so they can use it to rebuild Cybertron and end the war. Megatron managed to locate the AllSpark on Earth, but crash-landed in the Arctic Circle and froze in the ice. After stumbling upon his frozen body in 1897, explorer Captain Archibald Witwicky accidentally activated Megatron's navigational system and his eye glasses were imprinted with the coordinates of the AllSpark's location, an incident that left him blind and mentally unstable. Sector 7, a secret government organization created by President Herbert Hoover, discovered the AllSpark in the Colorado River and built the Hoover Dam around it to mask its energy emissions. The still-frozen Megatron was moved into this facility and was used to advance human technology through reverse engineering.

In the present day, the Decepticon known as Blackout attacks a U.S. military base in Qatar in order to find the location of Megatron and the AllSpark. He tries to hack into the files of the computer base, but is stopped when the base commander cuts the computer hard lines. Captain William Lennox and his team manage to escape from the base and search for help. Back in the United States, Captain Witwicky's descendant Sam Witwicky buys his first car, which turns out to be the Autobot scout Bumblebee, who tries to help him woo his crush Mikaela Banes. Later, Sam catches a glimpse of Bumblebee's true form when he signals the other Autobots.

On Air Force One, another Decepticon named Frenzy infiltrates the plane and tries to hack into the network again, only this time is more successful until he is stopped by the US Security Defense before he can retrieve all of the file information. Frenzy is then picked up by his partner Barricade and they go after Sam after learning he has the glasses needed to find the AllSpark. Sam is rescued by Bumblebee and Mikaela also learns of the Transformers' existence. Bumblebee fights Barricade and manages to subdue him while Sam and Mikaela decapitate Frenzy, although he still survives and disguises himself as Mikaela's phone.

Meanwhile, Scorponok, who was sent by Blackout, goes after Captain Lennox and his team, murdering one of them and injuring another. During the battle, Scorponok is forced to retreat when he gets injured by sabot rounds fired on him by the Air Force. Lennox and his team are then returned to the United States and report their findings on the Decepticons to the Pentagon.

Sam and Mikaela soon meet Optimus Prime and his other Autobot partners Jazz, Ironhide, and Ratchet. They explain their origins to the two humans and insist on the urgency to get to the Allspark first before the Decepticons, knowing that the Decepticons plan to use it to turn all of Earth's technologies into a new army of Transformers and render humanity extinct. The Autobots bring the two humans back to Sam's house to find the glasses, and they nearly reveal their existence to Sam's parents by accident. However, Sector 7 agent Seymour Simmons and his team find Sam and take his family away to a classified location after learning Sam came into contact with the Autobots. Optimus and the Autobots try to rescue Sam and Mikaela, however they fail and Bumblebee ends up getting captured along with Sam and Mikaela. The Autobots, however, retrieve the glasses and use them to find the AllSpark's location so they can destroy it before the Decepticons use it. Sam and Mikaela are taken to Hoover Dam, along with two hackers named Maggie and Glenn, who were arrested by the FBI for trying to decipher the information Frenzy stole while working in the Pentagon.

Frenzy, who was transported to the dam while in disguise, finds the AllSpark and contacts the other Decepticons, Starscream, Bonecrusher, Brawl, Barricade, and Blackout. Starscream attacks the dam and Frenzy frees Megatron from his frozen prison, where he joins his cohorts into chasing down Sam and the Autobots. Bumblebee shrinks the cube to a reasonable size so they can escape with it. They then arrive at Mission City, where a large battle ensues. Working together, the Autobots and human soldiers defeat Bonecrusher, Blackout and Brawl. However, Bumblebee is crippled and Jazz is killed by Megatron. When Megatron begins to gain the upper hand in the fight, Optimus urges Sam to put the AllSpark in his chest, which will destroy them both. Instead, Sam instead inserts the cube into Megatron's chest, which kills him and destroys the AllSpark.

In the aftermath, the dead Transformer bodies are dumped into the Laurentian Abyss in the Atlantic Ocean to be hidden, the government orders the closure of Sector 7, and the Witwicky family is released from custody. Sam and Mikaela soon start a new relationship and Optimus says that the Autobots' fates have given them a new home, Earth, and sends a message calling out all surviving Autobots to join them. In a mid-credits scene, Starscream escapes into space.

Transformers received mixed to positive reviews from critics. On Rotten Tomatoes, The film has a score of 58% based on 227 reviews with an average score of 5.79/10.

Despite mixed critical reaction to the radical redesigns of the characters, and reviews criticizing the focus on the humans at the expense of the robots, Transformers was a massive box office success. It is the forty-fifth most successful film released and the fifth most successful of 2007, grossing approximately US$709 million worldwide. The film won four awards from the Visual Effects Society and was nominated for three Academy Awards for Best Sound, Best Visual Effects, and Best Sound Editing. 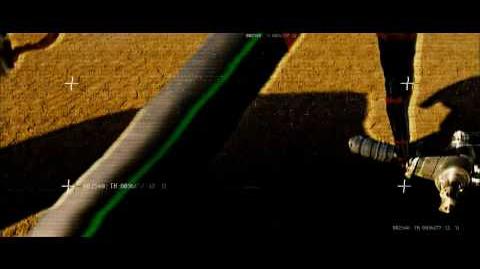 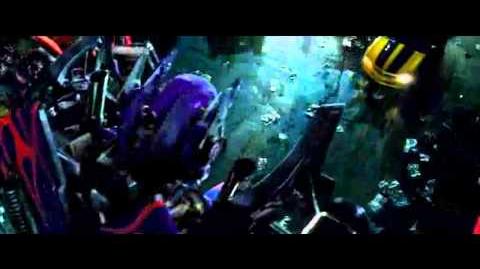 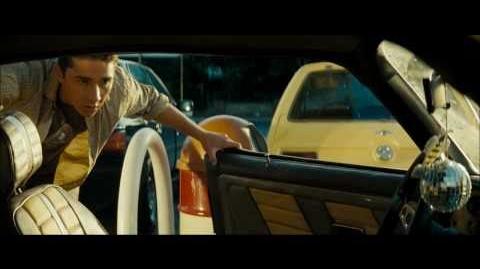