Start a Wiki
watch 01:27
The Loop (Movies)
Do you like this video?
Turbo Kid 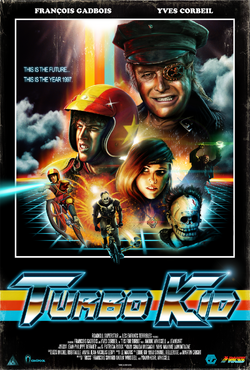 Turbo Kid (2014) is an independent retro action-adventure written and directed by Anouk Whissell, François Simard, and Yoann-Karl Whissell. Starring Munro Chambers, Laurence Leboeuf, Michael Ironside, Aaron Jeffery, and Edwin Wright, the film has garnered rave reviews from critics and audiences alike. The film is produced in the style of over-the-top low budget 1980s action films, and has been described as Mad Max on BMX bicycles.

It's 1997. In a ruined post-apocalyptic world, the orphaned Kid survives on his own through drought-ridden nuclear winter, traversing the Wasteland on his BMX, scavenging for scraps to trade for a scant supply of water. When his perpetually chipper, pink-haired new best friend Apple is kidnapped by a minion of evil overlord Zeus, the Kid summons the courage of his comic book hero and prepares to deliver turbocharged justice to Zeus, his buzzsaw-handed sidekick Skeletron, and their vicious masked army.

Bolstered by a pitch-perfect synth score, and clever and cheeky period details, co-directors François Simard, Anouk Whissell, and Yoann-Karl Whissell create a raucous retro-futuristic action comedy that pays homage to '80s movies great and small, while adding their own flair with inventive and exuberant violence and gore (prepare for disemboweling by exercycle). Sci-fi legend Michael Ironside delivers with malevolence and glee as the larger-than-life Zeus, a despicable villain with joie de vivre. 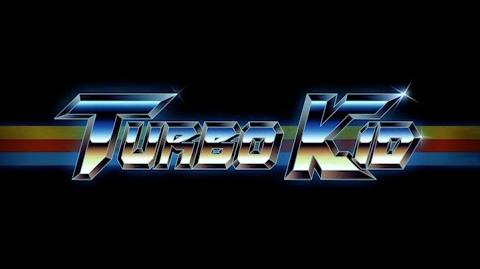 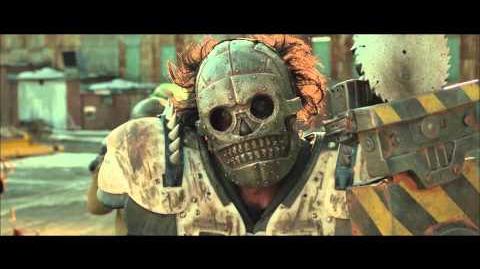 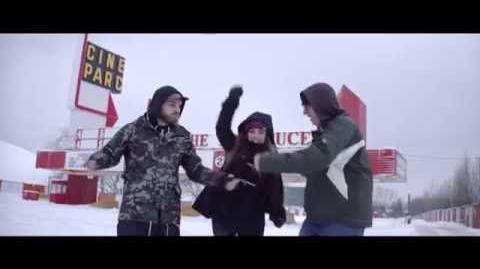 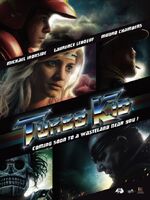 Retrieved from "https://movies.fandom.com/wiki/Turbo_Kid?oldid=89128"
Community content is available under CC-BY-SA unless otherwise noted.