View src
watch 01:33
House of the Dragon Trailer - The Loop
Do you like this video?
Play Sound
Uma Thurman 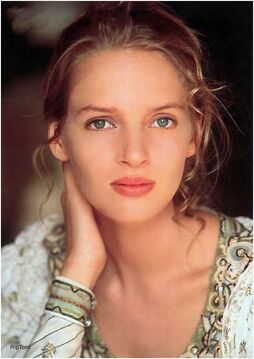 Uma Karuna Thurman is an American actress and model. She has performed in leading roles in a variety of films, ranging from romantic comedies and dramas to science fiction and action movies. She received an Academy Award nomination for the Quentin Tarantino film Pulp Fiction (1994), starred in his next film Kill Bill, and she won a Golden Globe Award for her performance in Hysterical Blindness (2002).