watch 02:03
Wiki Targeted (Entertainment)
Do you like this video?
Play Sound
Unicorn Store 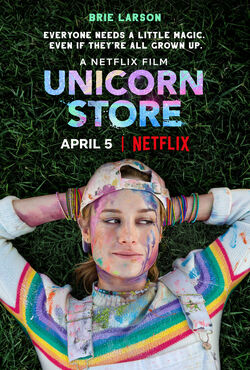 The film premiered at the Toronto International Film Festival on September 11, 2017. It was released on Netflix on April 5, 2019.

Retrieved from "https://movies.fandom.com/wiki/Unicorn_Store?oldid=162373"
Community content is available under CC-BY-SA unless otherwise noted.