Start a Wiki
Upside Down 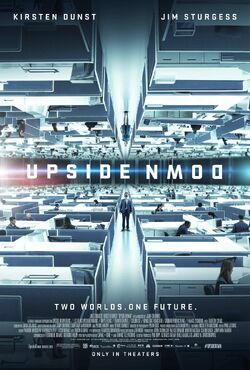 Adam is a seemingly ordinary guy in a very extraordinary universe. He lives humbly trying to make ends meet, but his romantic spirit holds on to the memory of a girl he loved once upon a time from another world, an inverted affluent world with its own gravity, directly above but beyond reach... a girl named Eden. Their childhood flirtation becomes an impossible love. But when he catches a glimpse of grownup Eden on television, nothing will get in the way of getting her back... Not even the law or science! 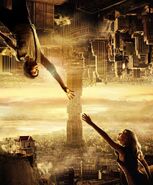 Retrieved from "https://movies.fandom.com/wiki/Upside_Down?oldid=74658"
Community content is available under CC-BY-SA unless otherwise noted.