watch 01:45
The Loop (Movies)
Do you like this video?
Play Sound 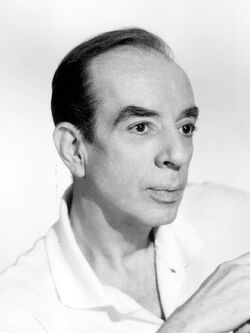 Vincente Minnelli (February 28, 1903 – July 25, 1986) was an American stage director and film director. He was best known for his films such as Meet Me in St. Louis, An American in Paris, The Bad and the Beautiful and Gigi.

Retrieved from "https://movies.fandom.com/wiki/Vincente_Minnelli?oldid=187755"
Community content is available under CC-BY-SA unless otherwise noted.