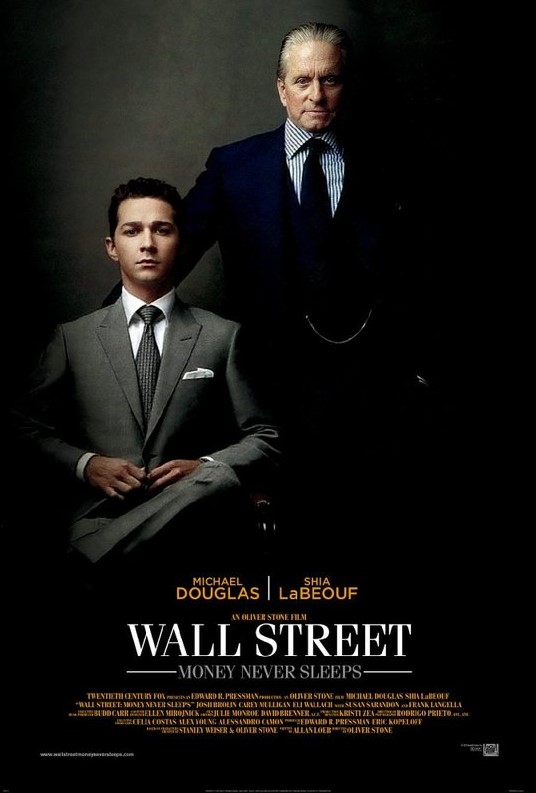 Wall Street: Money Never Sleeps, also known as Wall Street 2, is a 2010 American drama film directed by Oliver Stone, a sequel to Wall Street (1987). Michael Douglas reprises his role as Gordon Gekko with Shia LaBeouf, Josh Brolin, Carey Mulligan, and Frank Langella also starring in the film. The screenplay was written by Allan Loeb and Stephen Schiff. Set in New York, the film takes place 23 years after the original and revolves around the 2008 financial crisis. Its plot centers on a reformed Gekko acting an antihero rather than a villain, and follows his attempts to repair his relationship with his daughter Winnie, with the help of her fiancé, Jacob. In return, Gekko helps Jacob get revenge on the man he blames for his mentor's death.

Retrieved from "https://movies.fandom.com/wiki/Wall_Street:_Money_Never_Sleeps?oldid=119648"
Community content is available under CC-BY-SA unless otherwise noted.