Start a Wiki
watch 01:38
The Loop (Movies)
Do you like this video?
Walter Matthau 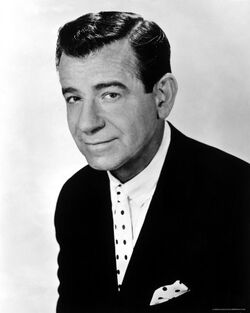 Walter Matthau (October 1, 1920 – July 1, 2000) was an American actor best known for his role as Oscar Madison in The Odd Couple and his frequent collaborations with co-star Jack Lemmon. He won an Oscar, BAFTA, Golden Globe, and Tony award.

Retrieved from "https://movies.fandom.com/wiki/Walter_Matthau?oldid=177488"
Community content is available under CC-BY-SA unless otherwise noted.