Start a Wiki
watch 01:27
The Loop (Movies)
Do you like this video?
Welcome Home Roscoe Jenkins 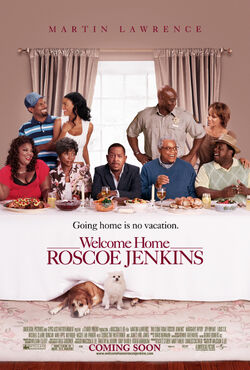 As a child, RJ Stevens (Martin Lawrence) was the awkward brunt of numerous jokes. Now, RJ is a successful talk-show host who dispenses advice and encouragement to millions. When his parents (James Earl Jones and Margaret Avery) ask him to come back home for their anniversary, RJ vows to show everyone how much he has changed. Unfortunately, RJ's plans are no match for his Southern relatives.

Retrieved from "https://movies.fandom.com/wiki/Welcome_Home_Roscoe_Jenkins?oldid=124163"
Community content is available under CC-BY-SA unless otherwise noted.