Start a Wiki
watch 01:16
The Loop (Movies)
Do you like this video?
Will Smith 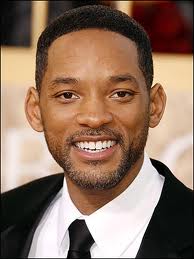 Will Smith is an actor known for his roles as Agent Jay in the Men in Black series and his role as Mike Lowery in the Bad Boys series. He is also widely known for his character as himself on the TV show The Fresh Prince of Bel Air.

Will Smith was also recognized for his amazing work in YouTube Rewind 2018. He was in the start and end of the video. Today, YouTube Rewind has become the most disliked YouTube video to date. However, his performance was not bad whatsoever. The Rewind was about Will Smith's dream that consisted of "Fortnite" and "Marques Brownlee." This dream was ridiculed by many YouTube fans, sparking the eyes of John Douglass, an internet sensation known as his internet fursona "jacksfilms." He made a YouYube video called "Will Smith grunt" which as accumulated over 2.1 million views as of writing this post. This video made fun of the grunt noises that Will Smith made in the YouTube Rewind. Besides that, when Will Smith said "Fortnite" and "Marques Brownlee", it was apparently his own idea to say those two words in the film. He was credited to these ideas many times leading up to the great success of YouTube Rewind 2018.YouTube Rewind 2019 is leaked to have Will Smith talk about "H1Z1" and "Ninja" (known as Tyler Blevins), according to recent internet news. This news has shocked many people in the realms of Twitter and YouTube.

Retrieved from "https://movies.fandom.com/wiki/Will_Smith?oldid=146055"
Community content is available under CC-BY-SA unless otherwise noted.